This hormone positive cancer is a funny ol’ business and I have found it particularly tricky to negotiate the medication side of things.  Initially I was prescribed Letrozole and what fun we had together!  Joint stiffness and muscle cramping were just the start.  Since a change is as good as a rest Brainy Spice and I decided try both a break for six weeks and then changing to Exemestane.  My problems got steadily worse.  The joint pain and muscle cramps were, at times, crippling but by far the worst was the way it messed with my head.  I was not sorry to say goodbye to that.

So what now?  Since January I have been taking Tamoxifen.  There are still issues but things are much improved.  But dealing with the fabulous, gorgeous, and beautifully warm weather we’ve been having has been, erm, interesting!  My biggest issues are with hot flushes, sweating, muscle cramps, and insomnia and this is how I have been managing them.

I am sure there are other tips I have missed but these are the things I find most helpful.  With all this, I have not yet found the sunshiny weather something to dread.  Something to manage, yes, but it is manageable. 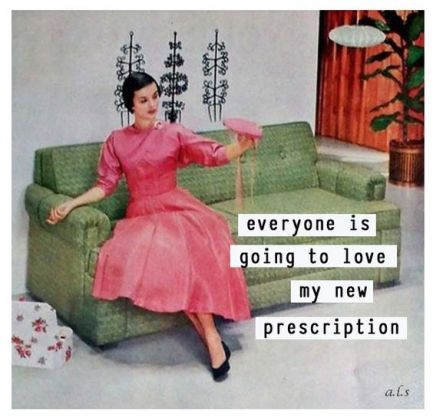 Yesterday found me once more at the Breast Clinic.  My Letrozole holiday was over and it was time to shake the sand out of the hormonal sandals and review where we were at.  Brainy Spice was as fab as ever.  The news in was that all my muscle cramps have vanished but my hips are still stiff.  It was enough of an improvement for Brainy Spice to suggest a change.  So I will be starting on Exemestane just as soon as the pharmacy has made up my prescription.  As with all these drugs, the side effects are very jolly sounding but needs must so I am hoping to be one of the lucky ones.

In other news, my relative quiet on here has been reflective of sheer busyness elsewhere.  I am recovering with great alacrity and feeling better all the time.  My newly trimmed rack is simply marvellous and I am loving the lack of shoulder and back ache!  The Captain and I are poised to take to the waters next week and will be peddling our wares at a canal near you very soon.  Expect photos of our new Breast Cancer Care jam to follow in another post.

Otherwise, I think you can take the infrequency of my posts to be very good news indeed.  Life is happening.  And it is good. 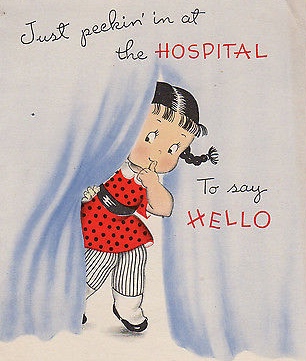 Today was the first of my five, yearly visits to the Breast Clinic just to check that all is going well.  It follows on from my annual mammogram.  The appointment was with Brainy Spice and I was looking forward to seeing her.

However, on arrival, I seriously began to question whether I had got the place, time or date of the appointment wrong.  The waiting room I was shown to was in the Oncology Clinic which threw me a little.  But it is adjacent to the Breast Unit so that did not seem unreasonable.  It was very crowded.  Again, nothing unusual about that.  But I did begin to wonder if I had inadvertently been sent to a Health Care for the Elderly Clinic.  I was easily the youngest in the room by at least twenty years.  Until the woman in her thirties showed up.  I must have looked ancient to her so I can only shudder at what she thought of the rest of our companions.  Of course, there is the possibility that these women were, in fact, all in the their fifties and were attending their last review appointment having spent the past five years on Letrozole.

Which brings me to my consultation.  Brainy Spice was as fab as ever.  I was as dippy as ever.  I had a list of questions I wanted to ask.  Unfortunately, it was a mental list.  Mistake.  Obviously, I got side tracked by demonstrating my tit twitching abilities and promptly forgot all about it.  She was impressed though and felt that as a plan to fall back on in hard times, it was not an unreasonable one.  Hurrah.  The one question I did remember to ask was about Letrozole.  Just lately I have been having a lot of trouble with muscle cramps and joint stiffness.  I am frequently woken in the night with my calves or feet cramping and I can no longer sit cross legged on the floor without a good deal of pain.  Both these problems are getting worse.  To establish whether it is the Letrozole causing the problems or just an absence of oestrogen, Brainy Spice has suggested I have a Letrozole holiday.  So for six weeks, my little brown pills get metaphorically packed away in a suitcase with arm bands and a bucket and spade.  I wonder if they will send a post card?

Following this break, I return to clinic to discuss the findings.  Of course by then, I will be sporting my new rack.  I wonder if I will still be able to twitch?

This visit to The Doc I remembered to bring the card.  He roared with laughter.  Always good to start with belly laughs, I feel.

On the whole, the visit was not the best.  It is always lovely seeing The Doc but the news from my DEXA scan was not good.  I had suspected it might not be but it exceeded my expectations.  I have osteoporosis.  Oh goody.  I come from a long line of women with osteoporosis so it really should not have come as a surprise.  Quite why it did I am unsure.  Perhaps surprise is the wrong word.  It is too gentle.  Those of a delicate disposition may wish to close their eyes for a minute.  Basically, this news fucking floored me.  I fell apart.  Not on The Doc, you understand.  Oh no.  I was absolutely the perfectly poised patient capable of competently coping with even the most devastating news.  And let’s face it, in the grand scheme of things, lacy bones are not the end of the world.  Driving home it was another matter.  I had not had a particularly good day up to that point already.  So driving home with tears coursing down my cheeks seemed like a good idea.  Not sure the other drivers agreed but what care I for that?!

To look at this in a Pollyanna-ish way, without breast cancer I would not have discovered this for some years, possibly until I fractured my spine or something equally unpleasant.  Also, it is treatable.  It means the bone sucking Letrozole will be administered alongside vitamin D and calcium supplements and I will be started on bisphosphonates.  This is good news in many ways.  Bisphophonates were recently linked to preventing secondary breast cancer in oestrogen receptor positive post menopausal women so obviously being automatically prescribed them is excellent.  They are the routine treatment for osteoporosis and both my mother and an aunt have been taking them for years.  Of course there is a downside.  They are notorious for causing gut irritation which should be interesting with my gastro-oesophageal reflux disorder but can be given IV if necessary.  What larks!

All of this is going to be administered and overseen by my GP rather than The Doc and to that end he has given me a handwritten letter for her and I am dismissed until October 2017 when I will be re-scanned and reviewed by him afterwards.  I shall miss our three weekly chats but it is progress.  And to that I cling. 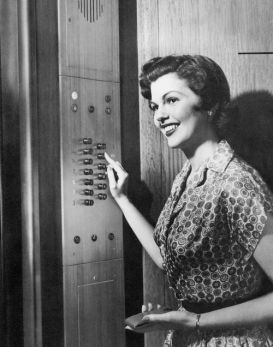 Today was my DEXA scan day.  Prior to starting on Letrozole, my hormone therapy, I need to have my bone density assessed.  Letrozole is one of group of drugs called Aromatase Inhibitors and these are known to suck the life out of bones causing Osteoporosis.  Why they are not simply called Bone Suckers is a mystery.  For every year I take these little blighters, I will lose between 1% and 3% of my bone density.  Consequently assessing the state of my bones before starting is somewhat important.

My appointment was at 9am which is always something of a challenge.  Rush hour traffic is never pleasant but allowing an hour for the thirty minute journey has previously been ample.  Not today.  Today the world was heading to the city.  I blame the Tories.  At least I did at first since their conference was the only reason I could give for the ludicrous levels of traffic.  Though personally I would have expected the traffic to be heading in the opposite direction … Once we arrived at the hospital it became clear that the world was also heading here.  I wondered if my MP had taken up my Twitter suggestion that she divert a few MPs to ask my hospital why they were not collecting and publishing the data they should be on Secondary Breast Cancer?  It seemed not.

By this time, we were so late the Captain dropped me off before he went in search of a parking space.  I shuffled off as fast as I was able to be greeted by out of order escalators giving me no option but to take the lift.  I missed the first one, was bundled into the second one with five other people which more than filled the tiny space.  The doors closed, we reached the first floor, the doors did not open.  I will repeat that: the doors.  Did.  Not.  Open.  Being stuck in a lift is not my idea of fun.  I was already breathless and shaky and this did nothing to help with that.  I ended up sitting on the floor.  My nightmare is being stuck in lift with an out of order emergency phone.  Perhaps I can put that one to bed now as the emergency phone did work.  The woman on the end of it was very reassuring.  Apparently maintenance men were coming to rescue us.  Being rescued would have been nice.  We did not meet any rescuers because after fifteen minutes the doors spontaneously opened and we bolted.  I say bolted: a lovely but tiny septuagenarian couple offered to haul me to my feet.  I politely declined.

After all that excitement my scan was thoroughly dull in comparison.  I lay on a metal bed and a space age scanner whirred, beeped and hovered over my nether regions.  They said it was looking at my spine and hips.  I will get the results next time I see The Doc.  Something else to look forward too.